My Dad died last May. My ingenious, crazy, impetuous, exasperating, wonderful Dad. Cancer is a cruel disease. But the time we had together from his diagnosis to his passing and the reflection it has prompted was a precious gift. It has given birth to this. At the memorial service I thanked him for 2 things; for the spirit of adventure and love of the great outdoors he instilled in me; and for teaching me to live life to the full. One year on, I would also like to thank him for this – for Brightspace.

Like so many of us I grew up with very little appreciation of my parents. Mostly, I only noticed the things they wouldn’t let me do or the things that they ‘made’ me do.
As a child, I assumed it was normal to spend your time running around backstage at the Royal Albert Hall because your father and his mates had pooled their spare cash to hire it. Or to spend a month in a villa on a Greek island because your Dad had rented it so he could write a book. As a teenager I began to realise it wasn’t normal – by then my Dad’s projects were just embarrassing!

Dad was a passionate man full of ideas and drive. He lived life to the full and he achieved so much. He also had a fiery temper and very high standards. I grew up a little in awe and a little scared. He was very hard to please! With many of my coaching clients we explore their ’self-limiting beliefs’ – the assumptions and false truths that we carry with us from early life experience and that hold us back as adults. The ’gremlin’ that I grew up with, and which I assigned to Dad, told me (and still does) that “good is never good enough.” This gremlin has been a good friend – it’s helped me to succeed where others haven’t, to strive to be the best I can, to never give up. But it has also been my fierce enemy – driving me to exhaustion and endless self-criticism.

Dad’s passing inspired me to reflect over some of the ‘bigger questions’ of life. Before he died, he asked me if I would read Robert Frost’s poem “The Road Not Taken” at his memorial service. It was a poem that resonated for him and for me too. That day came all too soon, but I choked back the tears and got through it. It reminds me to follow my passions, throw myself into what I love and not to look back.

And that is how Brightspace was born. If I’d waited any longer for good enough, for it to be perfect, it would never have happened. I am an adult now and I can choose to liberate myself from those limiting beliefs. How ironic that for so long what held me back I put down to Dad – but what has liberated me is the very same!

As I write I’m sitting in my Durham “Thinking Space” looking out of its spacious windows into the trees and the blue sky beyond. When I came to view the office I knew I had to take it straight away – like Dad was out there somewhere smiling approvingly. Good enough at last!
And the name… Well, it just sums it all up. 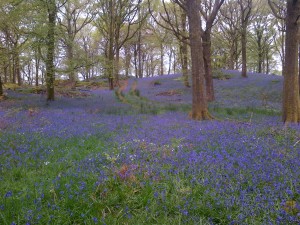 The Road Not Taken
By Robert Frost

Two roads diverged in a yellow wood,
And sorry I could not travel both
And be one traveller, long I stood
And looked down one as far as I could
To where it bent in the undergrowth;

Then took the other, as just as fair,
And having perhaps the better claim,
Because it was grassy and wanted wear;
Though as for that the passing there
Had worn them really about the same,

And both that morning equally lay
In leaves no step had trodden black.
Oh, I kept the first for another day!
Yet knowing how way leads on to way,
I doubted if I should ever come back.

I shall be telling this with a sigh
Somewhere ages and ages hence:
Two roads diverged in a wood, and I—
I took the one less travelled by,
And that has made all the difference.